During my recent tour I had an amazing first photo shoot with the lovely Chris: he teamed up with John Duder (who I had worked with once before) and quite often it can be challenging to balance groups or even pairs when photographers shoot a single model because different people have different creative ideas etc. but I cannot stress how perfectly the afternoon worked with such a lovely amicable flow and the two different styles of photography were brought to the surface beautifully, despite the fact that sometimes both were shooting at the same time and I was in a similar pose. It worked so well and I can recommend to any model that is due to be arranging a shoot with Chris: whether one to one or if he's teaming up with another photographer: you will have a blast and the results will be epic.

The location we worked from was Joel Hicks Photographic where I have shot quite a number of times: Chris made an active effort to tackle ideas that were totally different and innovative. He was also really positive about my ideas being suggested into the shooting process which is a really lovely trait of Chris: he see's the model as a team member with useful pointers to add just as much as he is photographically observant of a location as he scans for killer shot opportunities. Even when we did a quick tour of the grounds upon arrival over a cup of tea - Chris was noticing things right away and his passion for carefully composing a beautiful image became evident from first meeting him. When you see him in action is uber inspiring as he's in all sorts of strange angles to get the framing of the picture exactly how he wanted it - John Duder caught some amazing behind the scenes shots in-between turn-taking and Chris can often be seen laying in various strata pointing his lens at me to get the shot!

So we sure blitzed the ground/outdoors: (it was actually raining in the morning hence our first set was completed in the workshop) but after it cleared up we ventured out and I was so well looked after - coat passed over promptly in-between sets. Goes to show that mother nature doesn't have to ruin your shoot at all! We then wandered to the cabin and utilised the natural light indoors; Chris is fantastic in challenging lighting situations and this was the set where his lighting know-how flourished as it was getting the right balance of light and finding ways to hang reflectors in the most non-practical places which tested us!

But all was achieved with ease, several dozen amazing images later we were calling it a wrap for our session and looking forward to seeing the epic edits, and they are rather fine indeed!

Chris is a really sweet person, totally professional with his etiquette and shows unconditional positivity and courtesy to everyone that is involved in a photoshoot. In-between hammering the awesome images, we had laughs over tea and everyone just got on like a house on fire! It really was a fun shoot and I really look forward to working with Chris again!

Big recommendations from me! Thanks Chris! 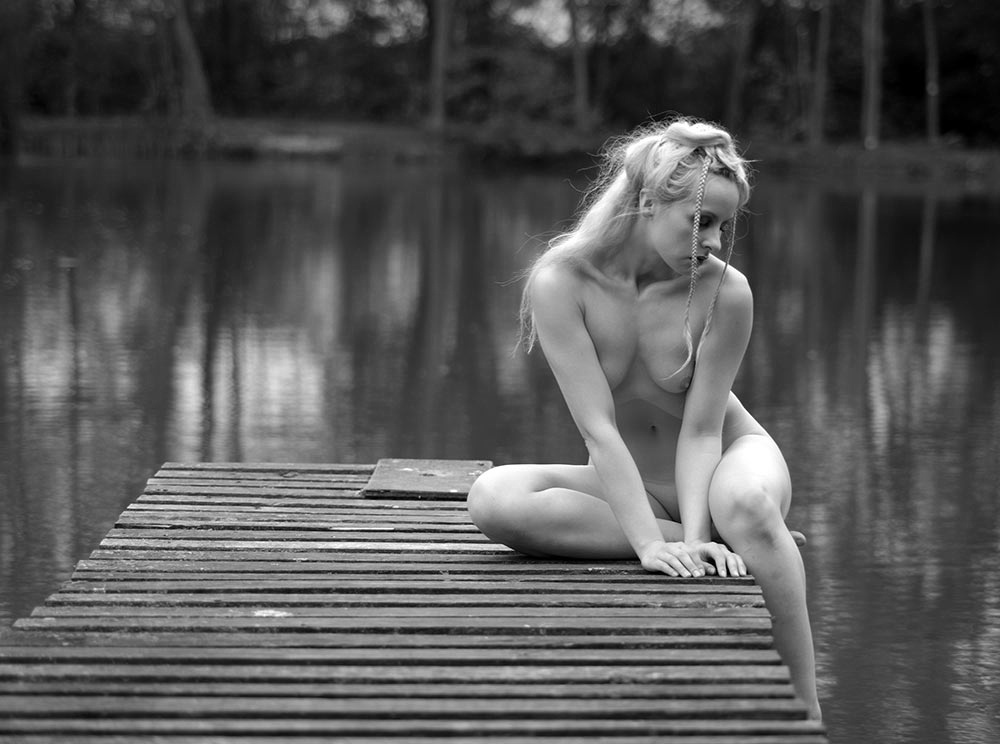